We still remember the collection of Animal Crossing New Horizons which was popular all over the world during the epidemic last year! Dressing up in the game brought comfort to many people who could only wear pajamas at home and work at that time. Recently, however, there has been some discussion about the clothing system of the movie. It was a 7-year-old girl who asked questions. 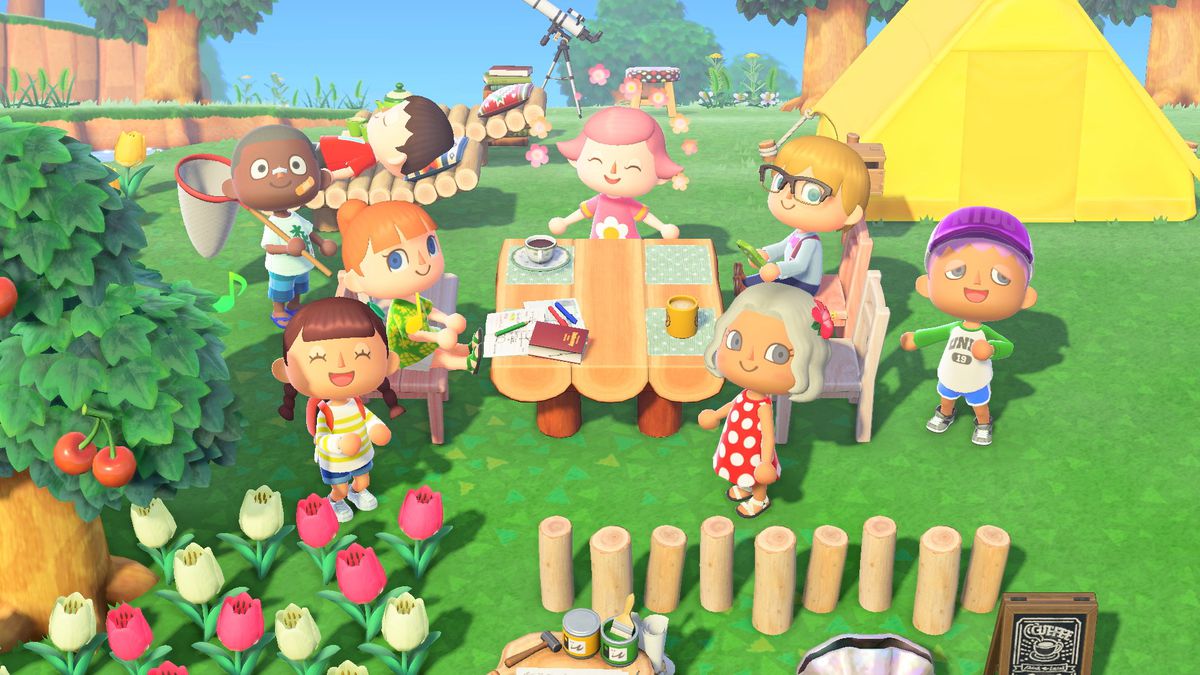 It starts on April 20, 2021. On that day, Ashley Bobst, the mother of two children (a man and a woman), was at home to play "zomori" with her daughter Oakley. Like many families with two children, Oakley hopes to match the same theme clothes with her brother in the game, and the classic Nintendo character Mario and her partner Princess biggie are the first choice. Oakley went to the store in the game for shopping, but faced with the clothing prices in the store, the 7-year-old was puzzled.

Also dressed as a classic character in Super Mario, Oakley costs more than twice as much as her brother. Oakley thought it was unfair, so she asked her mother. At first, mother Ashley also tried to explain that the high price may be because Princess Biqi's princess skirt looks more fashionable than Mario's plumber work clothes. But Oakley believes that what she and her brother are buying is the appearance of Nintendo's classic characters, not an ordinary princess skirt or a plumber's overalls. And indeed, the two sets of clothes sold in the game are named "Mario's clothes" and "Princess Biqi's skirt".

Mother Ashley constantly understands her daughter's position by asking questions, while Oakley's own ideas and demands are clearer in the process of telling her own opinions. She stopped the game, took out her pen and paper, and asked her mother to guide her spelling. Finally, she wrote the following letter to Nintendo:

After writing the letter, Oakley asked her mother carefully who she should send the letter to. Oakley also stressed that she wanted to be taken seriously, because she really didn't like writing, but when she thought that there might be many girls in the world with the same confusion, it was the sense of responsibility that prompted her to do so. In the face of her daughter's positive action, Ashley didn't hesitate. She quickly posted the letter and the whole story on Facebook and directed the issue to "pink tax."

"Pink tax" refers to price discrimination against women based on gender. Many of the same products are marked with higher prices just because they have women's names or because they are pink. In 2015, the New York City Department of consumer affairs conducted a study on the cost of female consumers. The results show that female consumer goods with the same function are often more expensive than male consumer goods, but there is no reasonable reason.

Previously, when dimensional research interviewed the main creative team of Jiangnan baijingtu, the other party said that "male users may prefer to consume in heavy game products", while "female users consume more in light leisure products, and relatively pay more frequently", and "female users are more willing to pay for good-looking and fun games".

Dimensional research observed the complete sets of men's and women's clothing in Dongsen, and found that many of the clothing prices for men and women are the same (such as men's and women's mountaineering clothes), but there are also goods such as "wedding dress", "frugal clothing / dress", and the price (or selling price) of women's clothing is higher than that of men's clothing. The final performance in the overall average price, women's clothing may indeed be higher than men's ACNH clothing. And women seem to have more choices in clothing. Similar style skirt, the game will provide a richer choice of patterns and patterns. However, because there are other factors that may affect the price, it is not easy to identify the price difference in Animal Crossing New Horizons as "pink tax".

In daily life, it is generally believed that women will pay more attention to the personalization of products, and these personalized designs often mean higher costs. Intuitively, Princess Biqi's dress is more exquisite than Mario's work clothes. Nintendo has yet to give Oakley a response to this. It seems that this matter is likely to be settled.